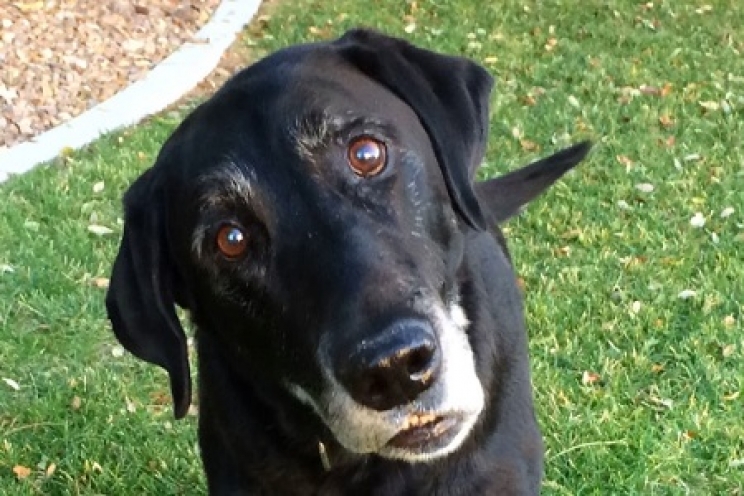 A pathology that mainly affects older dogs is the so-called vestibular syndrome. It often happens that this serious problem is confused with a stroke or a cerebral ischemia, considering the great similarity of the symptoms. Let's see together what it is, what are the causes and how to treat a dog with vestibular syndrome.

The vestibular system is a part of the nervous system responsible for the balance and orientation of the body - especially the head, eyes, nose, ears - in space. To make this definition easier, let's think about what happens when we are on the train and look out of the window: our eyes seem to scroll horizontally continuously, as if we were watching a movie in the cinema. This curious movement of the eyes is due precisely to the action of the vestibular system, which processes the position of our body based on where we are.

Peripheral vestibular syndrome is the most frequent form and is caused by problems affecting the inner and middle ear, such as otitis, or inflammation of the ear caused by foreign bodies (generally brome grasses), bacteria or fungi. In reality, otitis affects in most cases the outermost part of the ear, without going so deep, even if this can still occur. In these cases, a few days before the acute form of vestibular syndrome appears, the dog can scratch his ears or shake his head repeatedly.

Central vestibular syndrome is certainly more rare, but also the most serious. It can be caused by numerous factors, such as: 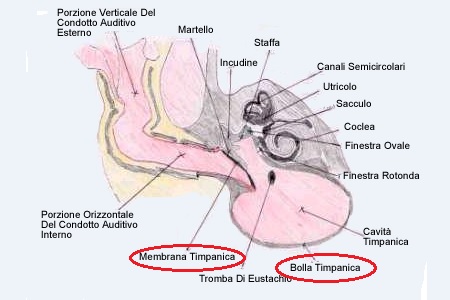 A very rare form is the congenital vestibular syndrome, which the animal presents from birth. To be most affected are the puppies of Boxer, German shepherd, Dobermann, Akita, Beagle, Cocker Spaniel and Labrador.

We also often hear about "Vestibular syndrome of the elderly dog" or "Geriatric vestibular syndrome", in reference to a disturbance of the vestibular system that occurs at a very advanced age. This pathology is easily confused with a stroke or cerebral ischemia, due to the extreme similarity of the symptoms. Unlike the juvenile form, the "Old dog syndrome" generally appears suddenly and very intensely, but tends to resolve itself partially or completely within a few days.

Regardless of the location of the problem, a vestibular syndrome manifests itself with very specific symptoms, which include: 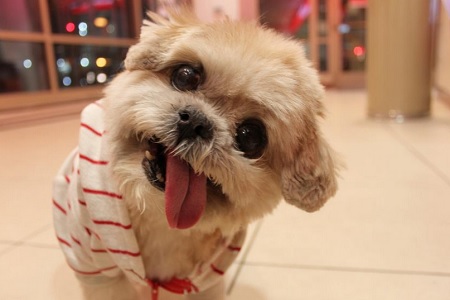 In other words, a dog suffering from this type of ailment looks really drunk. In severe cases, the staggering can be so strong as to prevent the animal from standing. It is usually possible to notice a tendency to always walk to one side only, generally by turning the head and eyes in the same direction.

The diagnosis for vestibular syndrome aims to identify the site of the problem as soon as possible, that is, if it is a peripheral or central syndrome. Once this aspect has been ascertained, in fact,  it will be possible to proceed with an appropriate therapy. 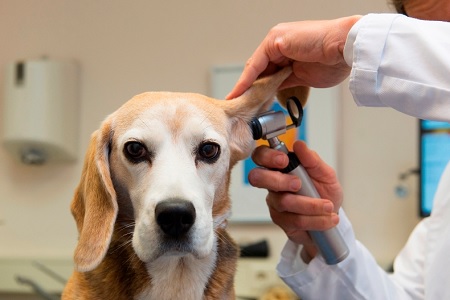 Firstly, the dog's ears should be checked carefully. The veterinarian will examine them with an otoscope, to verify that there are no brome grasses or signs of inflammation. It may be necessary to sedate the animal, in order to be able to visit the ears in further depth, since generally the average and internal otitis can cause this disorder.

An X-ray can be useful to highlight any problems in the tympanic bubbles, (always to be performed in sedation). A CT scan, an MRI or a sampling of the cephalorachid fluid will also be able to reveal the presence of central causes, for example of the tumour masses.

An electrocardiogram or an echocardiogram will serve instead to ascertain the conditions of the cardiovascular system.

If all the symptoms are undoubtedly related to the vestibular syndrome, but no diagnostic technique has shown any alterations, we could refer to "idiopathic vestibular syndrome", a typical diagnosis of the syndrome in the elderly dog.

The term "idiopathic" is used in medicine for all those conditions that are certain, but for which a precise cause cannot be identified.

How do we intervene

Clearly, the first thing to do is to run to the nearest clinic as soon as we notice suspicious symptoms. The veterinarian based on the triggering cause will establish the therapeutic process. 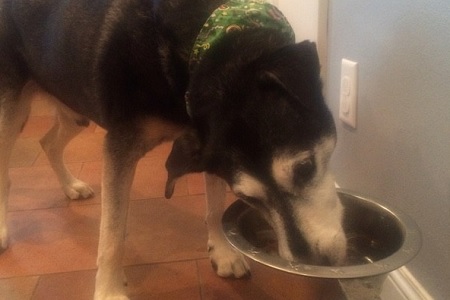 In any case, it is important to maintain good hydration through drips of rehydrating solutions, continuing to monitor blood pressure. Especially if the dog continues to vomit, specific antiemetics will be administered, usually those recommended in case of carsickness.

Healing is highly dependent on the cause of the problem and the severity of the symptoms.

In the case of ear or systemic infections, antibiotics (in the presence of bacteria) or antifungals (for fungal infections) should be administered. For this reason, the veterinarian could take some material from the ears, in order to accurately identify what type of infection it is, planning the exact therapy. If foreign bodies are present, they will certainly be removed as soon as possible. All other causes, such as tumors or strokes,  will carefully be evaluated for the need of a surgery.

As for the "geriatric vestibular syndrome" or "elderly dog", in the absence of serious underlying causes and therefore in the case of an idiopathic form, usually the dog heals spontaneously, often even without any therapy, although may continue to present some typical symptoms in a more or less mild form. In these cases, therefore, the treatment is based only on the livelihood of the animal, through the administration of fluids, food and drugs for nausea.