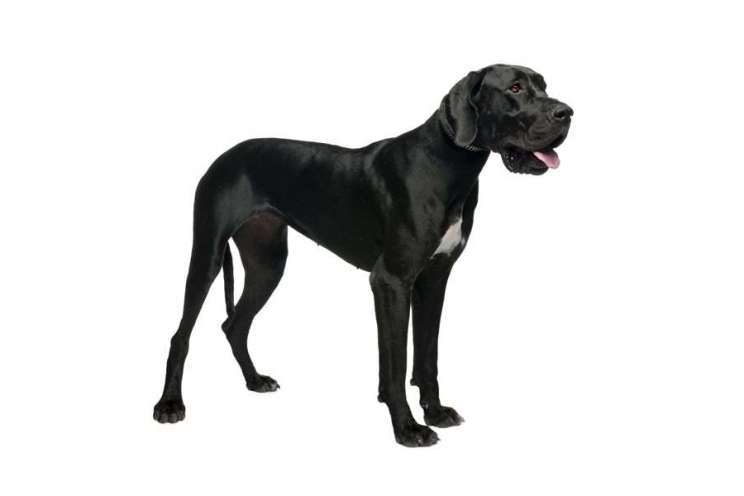 The Great Dane dog is considered the biggest and most powerful of dogs. Protective, affectionate and balanced, he loves company but can be reserved towards strangers. He loves children but can become too expansive whilst playing.

Affectionate and balanced, loves company but can be reserved towards strangers. He loves children but can become too expansive whilst playing. He is not territorial but still has a strong sense of protection of its family, which makes him an excellent guard dog. Given the massive size, it needs training from a young age. This ideal personality is suitable for family life, he is self-confident but receptive to commands, devoid of aggression but not shy or fearful.

Large build, powerful but harmonious and elegant. Sexual dimorphism is clearly evident with females smaller than males. The head is proportionate and expressive. The nose is deep and rectangular. The lips are abundant but not excessively heavy or floating; pigmentation is a dark colour. The profile of the nasal bridge must be straight, never concave, convex or aquiline. The eyes are lively, medium-sized, not too far apart and almond-shaped with tight-fitting eyelids. The colour is as dark as possible. The ears are naturally hanging, high, must not fall too flat or too far from the head. The neck is long, dry, muscular, developed at the base and slightly thinned at the junction of the head. Profile is arched. Excess skin or dewlap are considered defects. 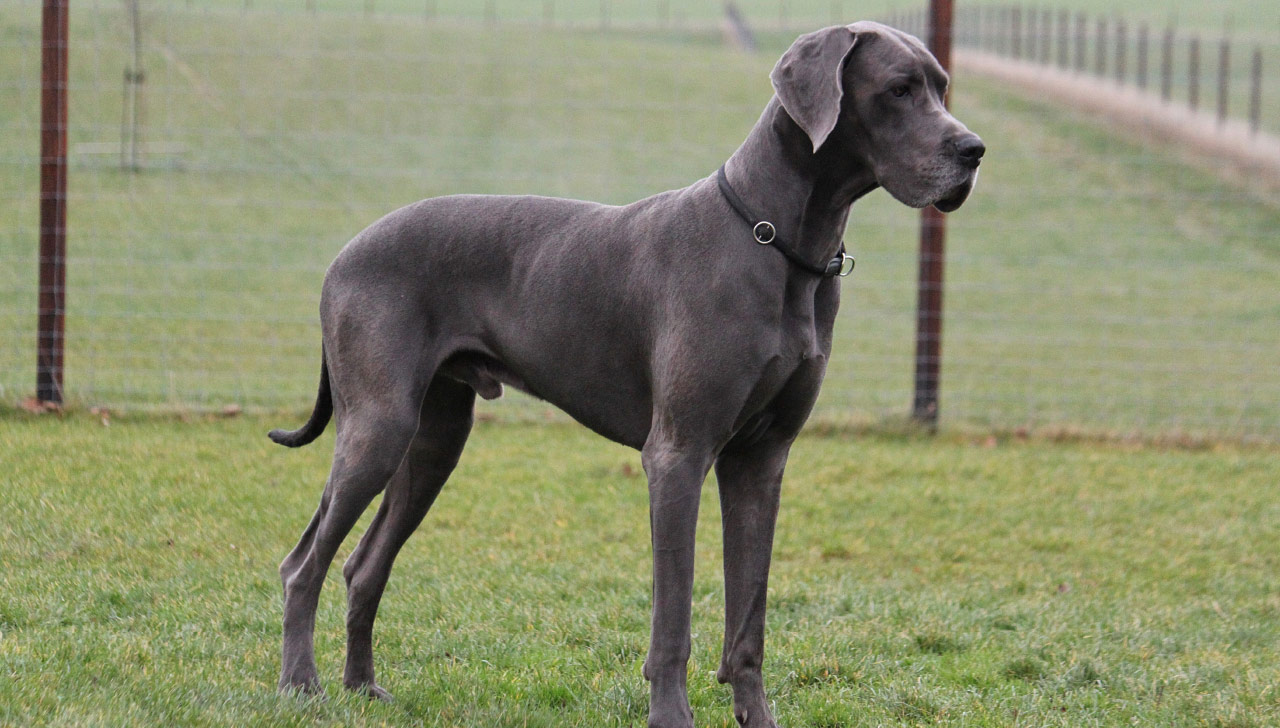 The trunk in the male must be ascribed as a square, while in the females it can be slightly rectangular. The body has a broad and muscular croup, slightly inclined. The sacred and the tail merge imperceptibly. The thorax is wide and deep, with an evident but not excessively pronounced chest. The belly is well retracted to form a nice curved lower line, in continuity with the side. The tail must reach the hock but not too long and must progressively become thinner towards the end. At rest, it hangs in a naturally stretched position. Hook, curled or long-haired tails are highly undesirable. All four limbs must be upright. The forelegs are only slightly tilted forward viewed in profile. A long, broad and muscular thigh characterizes the hindquarters. The feet, both front and rear, are round, with strongly arched toes and well closed ("cat's foot") with short and dark nails. Very short, dense, shiny and never undercoat.

The standard does not include other colours even if "false colours" are recognized, which entail the exclusion from the registration in the Herd Book, such as: the porcelain Great Danes, Isabella coloured Great Danes (washed fawn), white spots where not allowed, etc.

To avoid dogs with these "defects", since 1947 the mates have been adjusted and the different variants can be mated with each other only according to specific schemes. Another coat that considered "elimination defect" is the Merle (or grey-backed Harlequin) but whose appearance cannot be avoided through selection. Currently many countries are pressing for this type of colour to enter the breed standards.

Assyrian warriors (the Alaunts) who employed these mighty mastiffs as war dogs, have introduced the ancestor of the present Great Dane to Europe in the 6th century AD. In the Middle Ages their predisposition to hunting wild boar (but also deer and bear) was highlighted. We speculate, that over time these dogs were crossed with greyhounds to increase and improve their agility, speed and endurance on hunting trips.

In 1878 a small group of German breeders cataloged (under the term German Mastiff (Detusche dogge)) several groups of dogs with similar characteristics which until then were distinguished according to the colour of the coat and the size. In 1880, a first standard of the Great Dane was drawn up and revised over the years up to the present draft of 2001, the year from which the new provision was applied according to which ears cannot be cut off anymore.

It is not a rustic dog and in general needs domestic comforts, adapting easily even to relatively confined spaces related to its big size.

Great Dane is considered the Apollo of dogs. It is also erroneously called Danish but the history of this breed has nothing to do with this country.

It must be fluid, slightly elastic with an elongated step. The limbs always move parallel to each other observed both frontally and posteriorly. The opposite must never be present.

He must be a calm and balanced person but authoritative and aware of the responsibilities involved in managing a giant dog. He must be available to spend a lot of time with his dog as it is is not suitable for those who want a dog to be left in the garden because of his need of contact with family members.