Tuberculosis in dogs and cats: what is it and how do we prevent it

Tuberculosis is known to be one of the most common diseases. For centuries now, health authorities achieved a minimized number of infections and installed safety precautions to avoid it.

However, during the last years, migration from highly infected countries such as Africa have increased the chances of getting tuberculosis and since this is a disease that affect both humans and our animals, it is important for us to know how to prevent it.

What is it and how is it transmitted

A tuberculosis bacteria is well known to be extremely resistant inside of an organism. It is so resistant and slow, that humans and animals can notice symptoms after years from the infection.

These bacteria attack the pulmonary area so it is mainly transmitted through the airway. However, there might be a chance to find the bacteria on infected feces, especially in birds excretions.

If a cow or a human is full of mycobacteria inside their lungs it easy for them to transmit the pathogen in the air throughout normal respiration, sneezes or coughs. The unusual tradition in some populations to sneeze or cough directly on the hand and then throw the mucus on the ground is especially dangerous for our animal. The chances of getting the disease from that same mucus after your pet licks or sniffs the floor is much more elevated. A simple sniff can be enough for the animal to get the disease, this is why we have to be especially careful.

What does tuberculosis do

As we mentioned earlier, these bacteria are very resistant in the body. Once the victim ingests or respires these bacteria, they situate themselves respectively either in the intestine (if ingested) or in your lungs (if respired). Once they place themselves in the body, the immune system immediately responds and recognizes them. Responsible cells (macrophages) act in the following way; they eat and digest the bacteria, or at least they try to. For the vast majority of bacteria this would be enough to kill them, but these bacteria are able to survive the process of digestion.

Once the organism realizes that there is not much to do, it creates actual "barricades" to isolate the bacteria in a single spot. These barricades become larger and larger each time until they become actual skin granulomas. This is because the organism cant do much against these mycobacteria.

These nodules will progressively grow and cause difficulties in vital processes such as respiration and digestion in our pets organism. In some cases, due to harsh non-productive coughing the nodules will break and stick to another section of the skin; this will produce a second granuloma that will continue to grow. This process will continue until the situation will be unbearable.

It is very difficult to die from tuberculosis, but the animals conditions and lifestyle will progressively get worse. 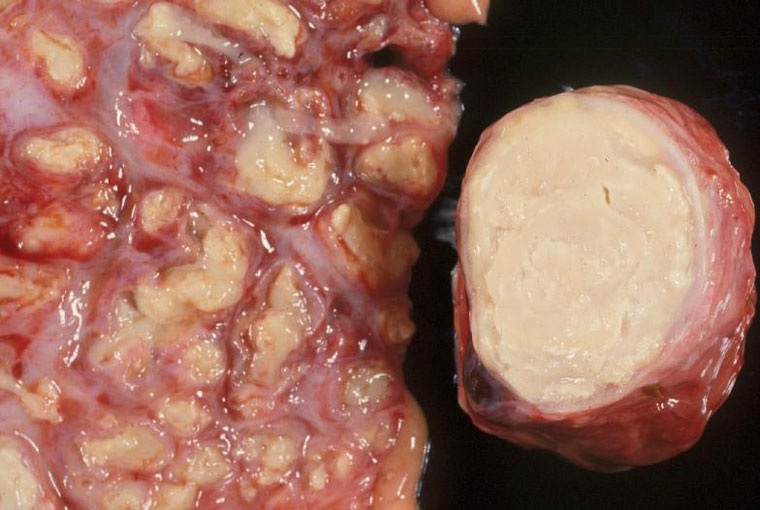 How do we treat and prevent tuberculosis

As we mentioned earlier, tuberculosis is very difficult to treat. However, there are some antibiotics that might be useful if we identify the infection on time (through specific tests form your vet). The main problem, is that the symptoms such as harsh cough might appear after years and at that time it might be too late to begin the treatment.

The biggest problem with the tuberculosis bacteria, is not the bacteria itself (as it is much more subtle and calm than many other), but the enormous response that the organism gives to attack it.

If the situation is serious, the vet will suggest to place your animal in isolation to avoid the infection of kids especially. This is because the cure, will most probably not bring any resolution.

Tuberculosis bacteria is not as widespread as we think it is. Anyhow, we must avoid places such as farms where we have the chance to find cows or birds (or if you have them near your house try to avoid it). Keep your animal away from bird feces.

Eventually, we come across us humans. In this case, humans represent a bigger danger than animals itself (not to be racist obviously!), we must avoid human contact whilst daily walks and crowded places with people than don't realize how dangerous their behavior can be for the health of other people and for animals in the area.