The TTouch method, initially seen as a rather bizarre theory of approaching the behaviour of animals, over the years has managed to establish itself more and more, adapting it not only to the world of horses, as originally, but also to dogs and cats.

What is the TTouch Method?

It has been nearly 40 years since Linda Tellington-Jones began to develop a revolutionary new method for the education of horses. In that period, Linda was able to approach the study of the Feldenkrais Method, based on the principle according to which the movement of the body would be an indispensable way to improve and alleviate many physical, but also emotional problems. 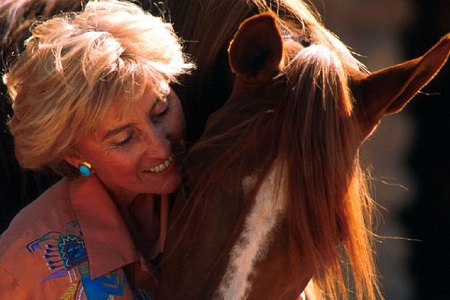 Fascinated by this theory, Linda decided to extend it to her area of ​​expertise: the rehabilitation of "difficult" horses. Thus was born the TTEAM - Tellington-Touch Equine Awareness Method, which will also be extended to the field of companion animals, in particular dogs and cats.

The TTouch Method arises essentially from the roots of the principles of Moshe Feldenkrais. According to its creator, the TTouch Method would be able to help horses, dogs and cats to acquire greater stability and emotional serenity, starting from their own body.

The classic example, often used by Linda, is that of the dog pulling on a leash. The reasons of this behaviour may be different, but the result will always be a great pain in the neck, shoulders and back, due to the urgency to pull harder, to counter the owner's command. A dog in pain will inevitably feel frustrated and continue to engage in the wrong behavior, thus fueling an endless vicious circle.

The task of owners and educators, on the other hand, should be to pay attention not only to improve the animal’s behaviour but to also think about their physical well-being. The body is nothing more than the key to access the delicate inner world of each animal.

What is the TTouch Method

The Method, as the name suggests, involves a series of light touches and movements that must be performed directly on the animal's body, with very precise manoeuvres developed by its creator. The touches, called TTouches, stimulate the nerve endings located in every part of the body, triggering a response from the animal. What may seem like simple caresses, are used to relax the dog or cat's mind and to improve communication with the owner and to relieve physical pain and negative emotions.

Touching the animal is not the only method expected to achieve the goal. The TTouch Method, in fact, also includes a series of exercises to be done on a leash. For example, you can ask the dog to move around a rather intricate maze. To find the way out, the animal will necessarily have to make unusual movements, articulating the body in different directions. By doing this, he will be able to train his body movements and at the same time stimulate concentration and confidence in his abilities.

Another tool developed by Linda Tellington-Jones is the bandage. The animal's body is covered with elastic and soft bands, without restricting in any way the ability to move. The gentle pressure and support of the bands gives the particularly fearful animal greater security, also helping it to breathe properly.

This method is particularly useful for "difficult" animals. We are talking above all about dogs and cats that have suffered serious trauma or mistreatment, but also for those less inclined to traditional educational methods. 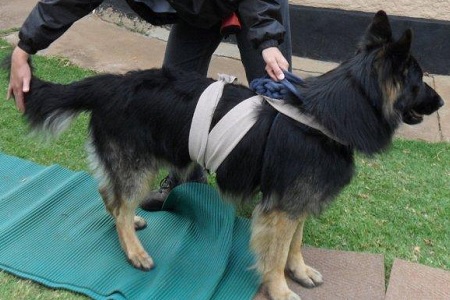 Through touch, it is possible to remove fear, anger, anxiety and all negative emotions that can affect both the relationship with people and the health of the animal. Stress can cause a lot of damage to the mental and physical balance of our animals.

For example, we can take advantage of the benefits of touching in typical situations of stress and discomfort, such as the vet's waiting room. Most animals will either stay paralysed with fear or will make every effort to escape. By applying precise movements on the animal's ears, we will be able to reduce the level of tension, making it feel more relaxed and confident.

Likewise, the Method is also great for dogs and cats with health problems. Let's think, for example, of the typical case of arthritis. An animal with joint pain will feel frustrated, unable to run, move and play as its fellow friends normally do. Just by touching a specific area or by applying targeted exercises, you will be able to relieve pain, without giving up movement and making the animal feel more confident. Of course, in these cases the TTouch Method represents an just an effective support in addition to the care of the vet.