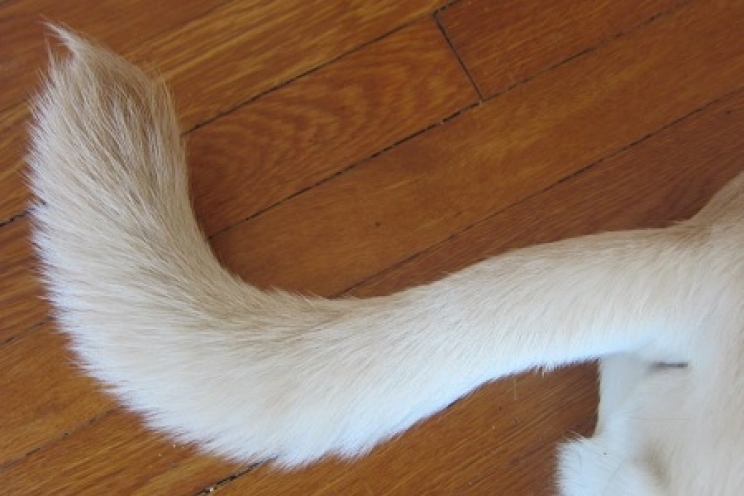 The stallion tail in dogs and cats

The term "stallion's tail" isn’t well known, but it is pretty common condition in dogs and cats, which manifests itself with accumulation of sebum, dark-coloured debris, hard fur combined with small tufts on the upper part of the tail. Let's find out how it manifests itself and what are the causes behind this problem.

What it is and how it looks

The "stallion's tail" is caused by hyperplasia of the supracaudal glands, particular structures located on the upper part of the base of the tail. Their function is to produce and secrete pheromones, apparently odourless substances, which however are used by animals to send messages to their fellows. In other words, it is a coded message that each dog or cat spreads in the environment to convey mastery of the territory, willingness to mate, a lurking danger or even relaxation and contentment. These glands are widespread in many parts of the body, especially on the muzzle, between the fingertips and also in the area around the anus.

In the specific case of the supracaudal glands, we can identify their presence by gently moving the hair a few centimetres away from the base of the tail. With a little attention, we will be able to appreciate an area where the hair is thicker, quite hard compared to the surrounding one. The hair follicles around the supracaudal glands, in fact, give life to a single hair, unlike the others from which instead more hair originates.

The presence of these glands generally goes unnoticed by the owner, as well as the pheromones it constantly produces. However, it can happen that the glands encounter inflammations or infections that lead to an increase in volume (hyperplasia) and an excessive production of sebum, which is accompanied by: 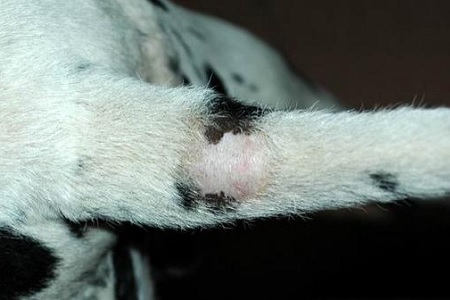 In most cases these symptoms are limited to the base of the tail, but it can happen, especially in the presence of infections, that the affected area is larger, even reaching the lumbar area.

The term "stallion tail" is linked to the fact that this disorder occurs mainly in whole, uncastrated male dogs and cats. The reason is due to a mechanism induced by testosterone, the most important sex hormone produced in abundance by males. In fact, in females and castrated males, its production is much lower. It would seem that the excessive increase in the levels of this hormone may be among the causes of the "stallion tail". However, it can also be found in castrated males and females, although in lower percentages.

Hyperplasia of the supracaudal glands can be caused by an accumulation of sebum and impurities, for example if the cat does not spend enough time on grooming or if the dog is not washed frequently.

During the diagnosis, the veterinarian must rule out that there are problems with an overlapping symptomatology, such as: