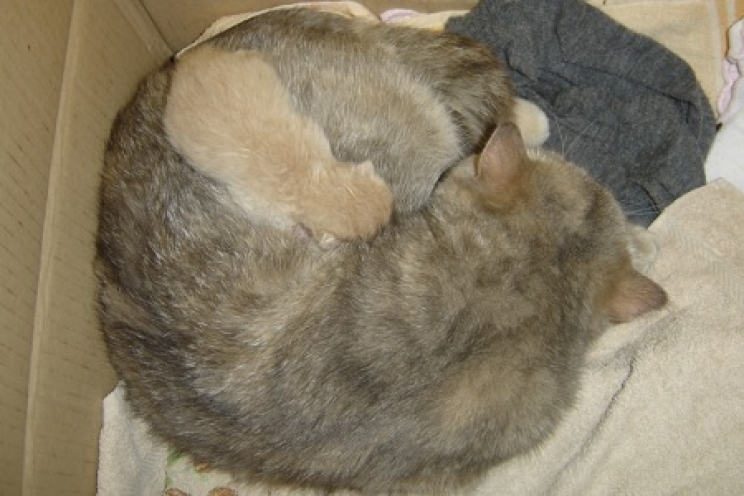 Pregnancy and birth in dogs and cats

Pregnancy is one of the most important moments in a female’s life. At the same time, it also very touching and exciting for pet owners who must also be aware of the essential knowledge.

Therefore, let’s understand what happens during an animals pregnancy and what things an owner needs to be aware of.

Pregnancy is the process that starts with fertilization and ends with birth. Once the sperm cells have reached the egg cell in the female during mating, a zygote is formed. The zygote will grow and transform as it proceeds along the way in the females reproductive system.

Once the zygote reaches the uterus, the fertilized cell implants on the walls, where the placenta will form. The placenta is essential and it acts as a future connection channel between the uterus and the fetus, it also guarantees the exchange of nutrients and oxygen from the mother to the baby.

Once the fertilized egg is implanted on the uterus walls, pregnancy can proceed to allow the embryo to become a fetus and further on, a small puppy or a small kitten.

Pregnancy both in dogs and in cats is about 60 days long.

However, the animal might show some symptoms such as:

At the end of pregnancy, the fetus will have developed all of the essential organ systems. Therefore, it will become independent and won’t need the mother uterus to grow and eat anymore. The babies become too big to remain in an enclosed and crowded place like their mother’s womb; at this point lungs are ready to breathe fresh air

Moreover, when the babies are ready, there will be a series of changes in the mother’s hormonal balance as well as physical changes, which will vary to prepare for birth. At this moment, your animal might become unease, nervous, restless, refuses to eat, shiver and might vomit.

At this point, you pet will chose the place they want to give birth and will refuse to more from there. The body temperature will decrease one degree, so you can notice that by monitoring her during the pregnancy.

A few days or hours before birth, your animal will lose her vaginal mucus plug, a sticky white substance that seals the fetus and all of the content in the uterus during pregnancy. 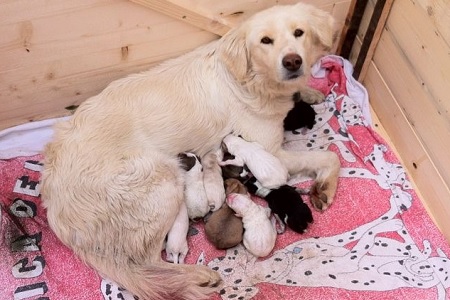 Right before giving birth, the waters will break. Moreover, the animal will expel a colorless liquid, which will indicate imminent birth

The cat will start to purr and will dispose herself as if she was defecating, whilst she will breathe heavily.

You can notice contractions on your pet’s belly, which indicate the push needed to give birth to the babies.

From this moment on wards, you can encounter your little friend coming out of her mother. The length of the birth process might be very long. Usually, in cats, it might last for 5 to 6 hours. For a dog, which usually have more than 10 puppies, it might take the whole day to give birth to all of them.

Contractions will stop once the mother has given birth to all of her babies. The mother will cut the umbilical cord of each puppy and will free them from the placenta; in most of the cases, she will eat it. Just after that, she will start to take care of her babies.

Your cat will immediately begin to purr to call them towards the breast. A dog will usually bring them physically towards her. The mother will start taking care of the puppies or kittens from this moment on wards.

When do we need to get worried

Pregnancy and birthdays are phases that animals can handle in total autonomy, without any particular issue. However, some problems might hinder the growth or birth of the fetus: 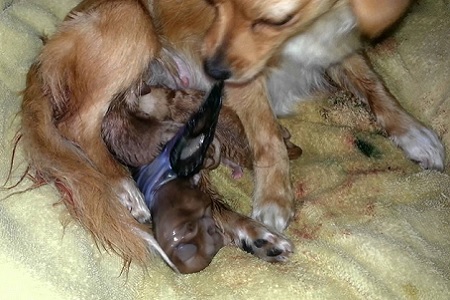 All of these situation mentioned above can have these types of symptoms mentioned below;

In any of these cases, you should definitely contact your vet; they will be able to tell if it is better to intervene with a caesarean.