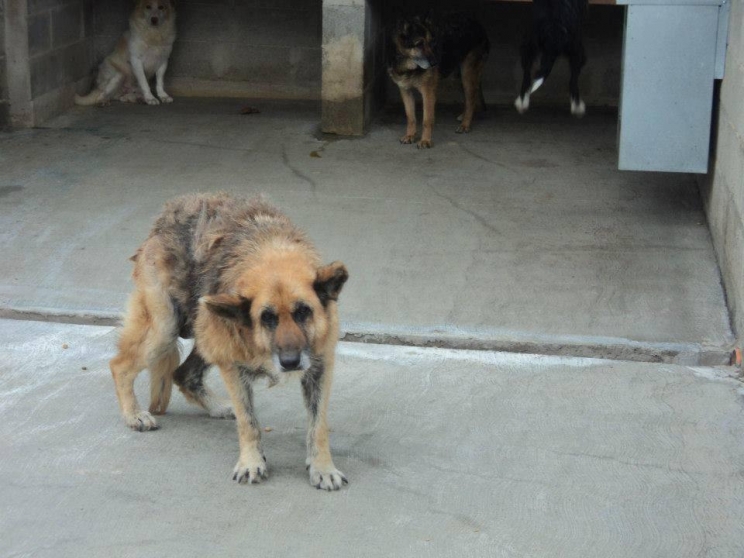 Dog's leishmaniasis: how to prevent it

Leishmaniasis is probably one of the most well known diseases in dogs. The information we often hear is a bit mixed up. For example, we often hear about the vaccine, or that mosquitoes pass it, but that's not true. It is also said to be a bacterium, and it is not.

So let's go to dispel some myths, and try to understand the functioning of one of the most complex and difficult diseases to treat in animals.

What it is and how it is transmitted

When it comes to Leishmania, it is already difficult to try to explain what it is.

Among the eukaryotic organisms (those who eat in order to have energy) we find five kingdoms: Animals, Plants, Fungi, Bacteria and Protists. You will probably know some organisms such as the first four kingdoms, but none of the last. The Leishmania is a protist. We can see it as a middle ground between a bacterium and a very, very simple animal.

It is a microorganism visible only under a microscope, which is injected into the blood of the dog or cat (also in humans, but does very little damage) by an insect.

The insect is a phlebotomist, which is smaller than a mosquito, similar to a gnat.

If this insect bites an infected dog, the dog will become infected as well. Leishmania has two forms: one mobile and one immobile. In the dog's organism there is the second one, the immobile one, which once it reaches the phlebotomist's intestine becomes mobile. It goes up, reaches the proboscis (the sting, in short), and is injected into the blood where, having the possibility to move, multiplies and spreads throughout the body, and then becomes immobile again.

What does it do

As soon as the parasite has entered the body, it is "eaten" by the white blood cells, which try to digest it in order to destroy it. Unfortunately, he manages to survive this digestion and multiplies.

The organism therefore tries to fight it through antibodies; particular proteins, which once attached to a pathogenic organism, make the white blood cells “eaters” (macrophages) understand that they must eat that organism. But, as we have already said, they cannot digest it and destroy it.

The antibodies attached to a part of the Leishmania start spinning freely in the organism, then deposit themselves in particular points. For example in the eye and cause problems with sight, in the skin and give desquamation (the typical leishmania dandruff), in the joints, and cause problems when the dog or cat walk. However, they also deposit around the blood vessels, veins and arteries, whose walls are damaged causing very small but widespread blood loss.

Eventually they settle in the kidney, giving rise to kidney failure, which is one of the worst consequences of the disease.

All of this leads to a state of severe dejection, fever, movement problems and even worse consequences over time. However, this whole process is characterized by being very slow.

In some cases, among other things, only some of these symptoms occur, not all: we must be very careful and if we see any of the signs described above, take the dog or cat to a vet, who will look for a solution to the problem.

How is it treated and how Is it prevented

Lehismania is very difficult to cure. It is resistant in the animal's body, so the drugs do not work optimally; the therapy is symptomatic, therefore drugs are given that allow to solve the symptoms that the disease causes one by one.

However, the parasite is never eliminated, and remains in the organism for life, so any concomitant disease would risk a relapse, among other things always worse than the previous episode.

As for prevention, there are some vaccines against Leishmania, but their effectiveness is still rather doubtful, and they dont always work.

The main solution should be prevention at the root, i.e. avoiding the phlebotomist sting. We can do this by avoiding very humid places rich in mosquitoes (therefore also sand flies) and providing our dog with repellent collars or special products to be distributed on the back to avoid the approach of the insect and everything that follows.

By avoiding the sting, we will safeguard the health of our dog and avoid the transmission of the disease to other animals.