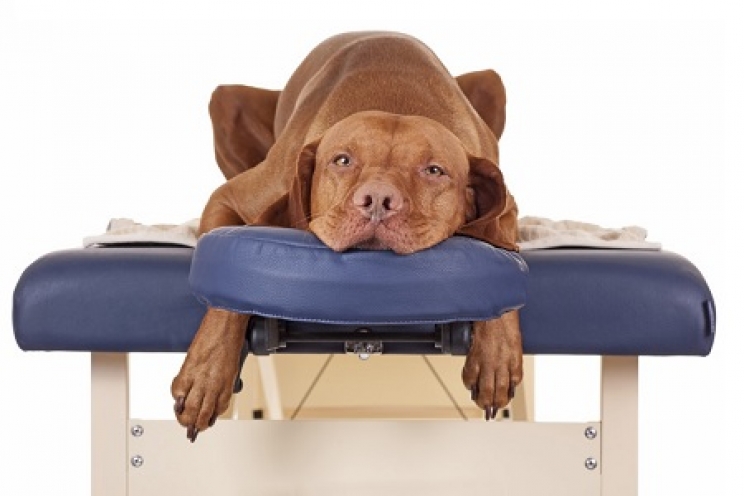 Arthritis and arthrosis in dogs and cats

The joints of our four-legged friends are the engine of their liveliness. However, some problems such as arthritis and arthrosis can reduce the dog's and cat's ability to run, play and even walk, forcing them to live a sedentary life, struggling with the constant pain caused by these problems. In this article, we will try to explain what arthritis and arthrosis are, the differences between the two, and the remedies to alleviate them.

The two terms, apparently similar and often used improperly, present great differences between them. In order to be able to explain them clearly, we must first of all understand how a joint is made. We speak above all of the joints of the hind legs, therefore between two long bones such as the femur and tibia. The ends of the two bones are not in close contact with each other, but are still anchored by the articular cartilage, rich in elastic substances, such as collagen, which serve precisely to guarantee a wide resistance to traction and constant stresses.

In addition to the cartilage, we also find a capsule that covers the entire joint, with the synovial fluid that flows inside, which nourishes and protects all internal components from impacts and external traumas. 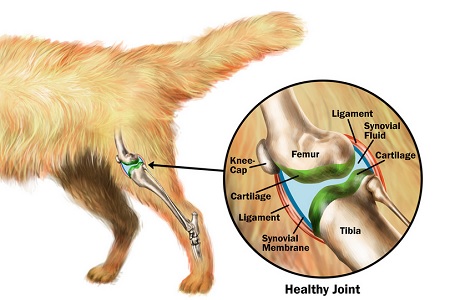 When we talk about arthritis, we refer to an inflammation of the joints, caused by age, by a hereditary predisposition rather than genetic. It mainly manifests itself with severe pain, often accompanied by swelling of the area, redness and stiffness.

On the contrary, arthrosis is a degenerative disease, which involves the wear and tear of the articular cartilages, which worsens out more and more, until the bone remains on its own without protection. This is how the two bony ends that make up the joint begin to rub together, causing pain, stiffness and lameness.

In our animals, we speak more frequently of arthritis, although the two problems are in most cases concomitant. It can happen, for example, that long-term inflammation turns into a degeneration of the joint. Both problems can also occur simultaneously, so in most cases arthrosis is simply called osteoarthritis.

Amongst the causes of this problem, we find above all hereditary and genetic factors, in particular related to race. The most affected dogs, in fact, are those of large size, such as the San Bernardo. In cats and other dogs, on the other hand, it is mainly a consequence of aging, obesity or the outcome of recent or remote trauma. Other joint problems, such as hip dysplasia, can also lead to arthritis.

The symptoms of arthritis

To understand if our friend suffers from arthritis we have to check some aspects, such as:

If the dog or cat experience one of these symptoms, it will be advisable to talk to the veterinarian, to receive precise diagnosis. The procedures are mainly x-rays and joint manipulations, which will be able to determine the presence of arthritis and which therapy to administer. In addition, the veterinarian may request a synovial fluid sample to understand the nature of the disorder. 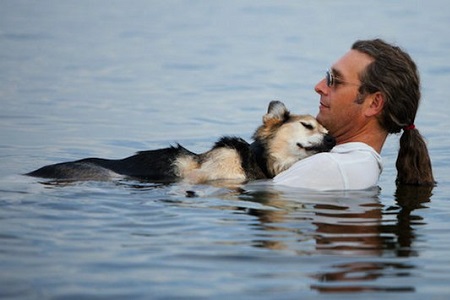 Drug therapy is mainly based on the administration of anti-inflammatories and corticosteroids, which however cannot be taken by the animal for too long, but only when the pain and inflammation are really acute.

It is, in fact, a chronic problem, and therefore must be treated as such. In this regard, it is essential to be able to follow a series of tips that protect and repair the joint day after day.

Firstly, we must always try to keep the weight of our friend constant, from the first years of life. Avoiding overweight, but especially obesity, in order to prevent a large number of conditions and diseases, including arthritis. A joint that must support an excessive weight will have to work harder, getting tired, inflamed and consumed.

In addition, a fundamental remedy is exercise. However contradictory it may seem, a rigid joint does not require absolute rest, on the contrary. It is important to talk about it with your veterinarian or with a physiotherapist, to understand what movements the animal must make every day. Many dogs are able to relieve pain especially with aquatic training.

As far as therapies are concerned, we should especially consider the specific supplements and specific foods for arthritis, enriched with "chondroprotectors", which are substances that protect and strengthen the joint cartilages, such as glucosamine and chondroitin. The Omega-3 and Omega-6 fatty acids are also excellent, already present in many foods, but which often require additional integration for the well-being of the joints.