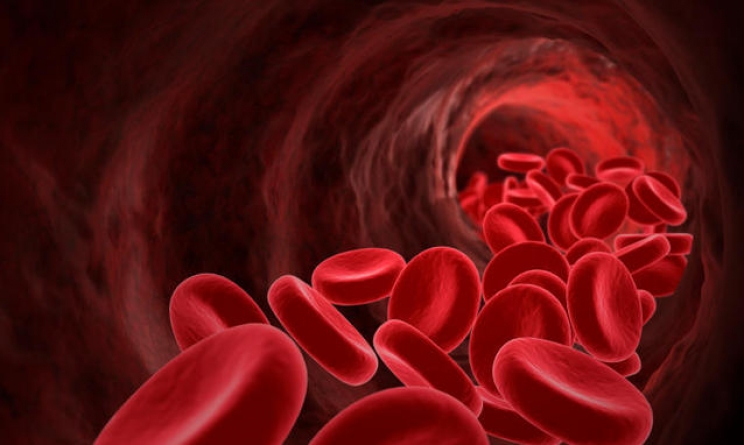 Anemia in dogs and cats: how to recognize it

In this page we deal with a very important symptom, not easy to see but which we must be aware of and for which we must periodically check our dog and our cat: in fact, we are talking about anemia, situations in which the blood cannot perform its normal functions.

Blood is a bit like the road system of the body of our animals. If there were no roads and vehicles that run through them every day, it would be very difficult to live: we would not have to eat, drink, we would not be able to go to work.

The blood has somewhat the same function: it is used to transport nutrients, the oxygen that enters the lungs, the hormones, the white blood cells that defend the body.

In the blood, we have a liquid part, composed of water, nutrients, proteins that perform the most varied functions, and a solid part, made up of small beings (cells) that can have a defense function for our body or transport oxygen.

The lastly mentioned are the red blood cells, which transport oxygen. They give the typical red colour to all bloods.

The oxygen is inhaled by the animal through the mouth and nose, absorbed in the lungs and "stick" to the red blood cells, which carry it to every part of the body. Without oxygen, the organs do not perform their functions, and in its absence we can die in a few minutes.

The causes can be the most varied: in general, if there are few red blood cells it means either less are produced or that too many are destroyed.

In the first case, the lower production, generally, is a problem in the bone marrow (produces red blood cells), and thorough investigations and very targeted therapies will have to be carried out to solve the problem. Even little iron in the diet, which is essential to produce them, can lead to a shortage of red blood cells.

Excessive loss can be caused by some diseases that have destroyed red blood cells, or by wounds or bleeding that have made blood come out of the body.

Firstly, the animal is breathing heavily. It is a logical thing: the body does not receive oxygen because there are no red blood cells, by not knowing the cause, the body tries to put more oxygen inside the body with breathing.

If the organs, and in particular the defensive system, do not receive "fuel", the animal will appear tired, will have little desire to move and eat, will unwillingly follow us and will sleep a lot. In severe cases, we can also encounter fever, because the body's defensive system is weakened by this situation.

A very important index that everyone should know to evaluate anemia, is the color of the mucous membranes.

Do this test now, which may be useful for the future. Go to your dog or cat and lift their lip. You will see the internal mucosa pink in colour, if the animal is well. Here, now press with your fingertip (without hurting him) on the inside of the lip, on the pink part, for a few seconds. Remove your finger and you will realize that the point where you pressed has turned white, because you have cut off the blood supply for a few seconds; within two seconds, the colour will return to normal. You may have noticed, however, that there is a fairly clear difference between the white of the point where you pressed and the pink of the normal mucosa.

In case you notice that your pet has the symptoms we talked about before, repeat this test (maybe bookmark this page, so you can look back at it)

If the difference in colour is not as noticable as the one you have just seen, or if there was not difference at all, it means that there is some problem, and it is necessary to consult a veterinarian as soon as possible, because there is anemia. The mucous membranes are clear because there are fewer red blood cells than normal in the blood; in fact, they give the typical red colour to the blood. As we said before, consequently the mucous membranes, which would be white, becomes pink).

How are anemias treated?

Anemia therapy is obviously carried out by the veterinarian. Verifying its presence is simple: all you need is a very common blood test, which measure the number of red blood cells.

Depending on the severity of the problem, a blood transfusion from another dog or cat may be required. When the problems are less serious, somehow, an attempt is made to stimulate the body to produce more red blood cells than normal.

In any case, anemia is a situation that we need to know to be able to bring our pet to the vet as soon as possible.

Acting early is the best way to avoid the worst consequences of this situation.