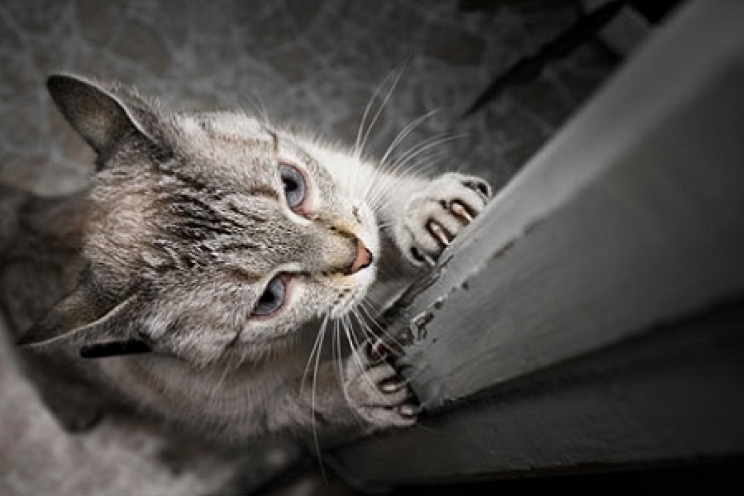 How many cat owners are desperate about the damage caused by cats nails? Torn curtains, ruined sofas, broken mosquito nets are the order of the day in almost all the houses where a cat lives. Who says it has to be this way? Even cats can be educated not to get their nails done on furniture and sofas, thanks to some useful tips.

Why do cats get their nails done on couches?

The claws of the felines are indeed very sharp. Since they are predatory animals, in fact, they absolutely need their deadly weapons in order to hunt small preys. Therefore, they take advantage of all the rough surfaces they can find in the surroundings, to always keep their nails sharp. The bark of the trees, but also the rough asphalt will be excellent for them to do the job. Clearly, we are talking about a situation that occurs in nature, in cats that necessarily have to get food by themselves and therefore needs their nails.

In many other aspects, however, after years of domestic life, most cats might have retained some instinctive attitudes, such as sharpening their nails, despite the hunting which is limited to catching flies, insects, lizards or unfortunate sparrows. 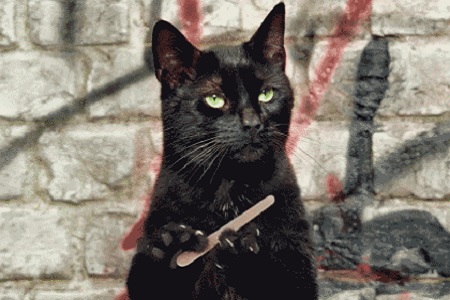 Nevertheless, that's not the only reason why cats get their nails done. Many owners ignore it, but on their fingertips we can find small glands, which produce very important substances for all living things, but especially for animals, these are pheromones. As we explained in detail in the specific article, pheromones are the key to communication between individuals of the same or different species.

In simpler words, they are coded messages, which are "read" by other animals by smelling them. Another cat that passes by will see the scraped object, perceive the pheromones and perceive that "this is not my territory".

In addition, scratching objects also facilitates the growth of "new" nails, removing damaged or simply old ones. Cats nails, in fact, have a cone shape and grow from the inside out. This means that as the new nail is produced inside the cone, the oldest part will be pushed more and more outwards, until it separates, peeling off. That's why we often find very thin pieces of nail around the house.

Finally, according to some theories, cats would sharpen their nails to relax and to train the body, just as any other game. Have you ever noticed how much effort it takes when they start scratching? The shoulders and legs seem to be trying very hard, and indeed, they do

It is clear that the first, indispensable advice is to insert a scratching post in our house. These objects are a real life saviour for many owners, thanks to the robust ropes with which they are coated. However, our cat might not always appreciate the scratching post. Here are the most frequent reasons they tend to dislike it:

What we need to pay attention to:

What about curtains and couches? 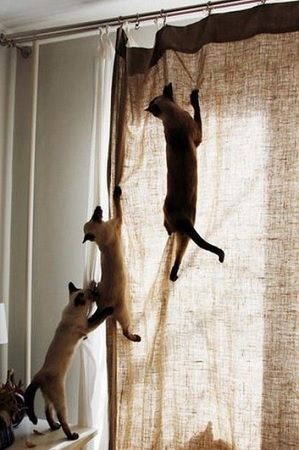 Many owners contact the vet, begging him to remove his cat's nails to solve the problem of scratched furniture. This is not the solution, on the contrary, it would represent failure as owners.

Rather, what we can do is try to cut our cat's nails if they are too long, facilitating the task. We can do it alone, following our simple guide, or we can safely ask the vet to cut them.

The scratching post is an excellent solution, but many cats may still continue to get their nails done on the upholstery. In these cases, we can spray natural repellent essences, such as citrus ones in preferred locations around the house.

Even the noise can be exploited to our advantage, so we can place noisy paper or aluminium sheets to cover the back or the armrests of the sofa. As soon as he puts his paws on it, he will feel uncomfortable because of the noise and will move away. After that, we will proceed by showing him the scratching post as an alternative.

Finally, another solution may be the negative association with an annoying stimulus. Briefly, we fill a spray bottle with water and follow the cat. As soon as he rests his nails on the sofa, we spray water on him; this will hopefully make him stop.

It is important that the cat connects the spray with the gesture of getting his nails done were he shouldn’t. He must think that something annoying will happen if he does. Similarly, we can also make a loud noise, for example clapping our hands behind him.

What about our poor sofa? If the cat has already destroyed it, we will probably have to completely redo the wallpaper, at least in the most disastrous cases. Alternatively, we can choose to turn to some companies specialized in the production of totally scratch-resistant fabrics. By coating the parts of the sofa preferred by the cat with this type of upholstery, we can prevent its destruction. However, we must continue to educate our cat at home.

With these useful tricks, your cat will still be able to have sharp claws without destroying the house.