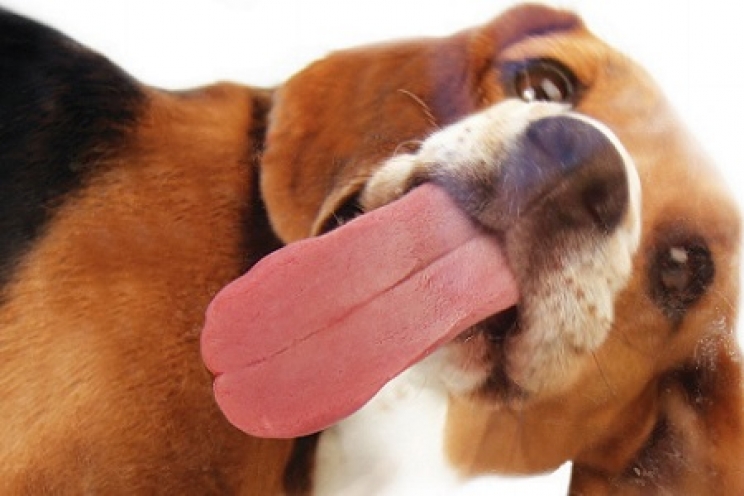 One of the most common behaviours among dogs is to obstinately lick its owner. Hands, arms, legs, feet and even the face are the parts of the body preferred by dogs, but only because they are the most exposed. We often interpret this dog attitude as a simple way of kissing us. In reality this explanation is really too reductive. So, let's try to understand why dogs lick us.

When can dogs lick each other in nature?

In nature, dogs tend to lick their fellows in specific circumstances.

Firstly, the mother will lick her puppies during the first weeks of life. At the time of birth, she will lick and tear the placenta surrounding the baby, especially trying to eliminate any residues present in the nostrils, which could obstruct breathing. During the first few days, she will try to keep them clean, but also to stimulate the escape of poop and pee, considering that very young puppies are not able to do this without external stimulation. In these cases, mother's licking can vary from the quickest ones, typical of the first period, to the slower ones, which give us a clearer idea of ​​maternal care towards offspring. 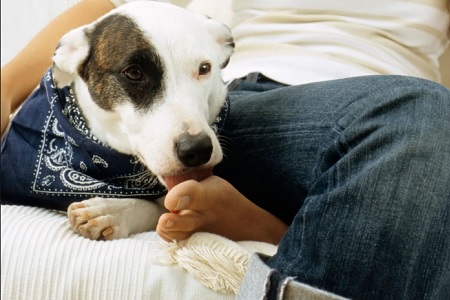 Another typical attitude of mothers is to lick their puppies to cover their strong smell, which could attract the attention of predators. Therefore, in these cases it protects its puppies from enemies.

In addition, some puppies may lick their mother to ask for food. As "disgusting" as it may seem, mothers often regurgitate their pre-digested food, giving it to their offspring. By licking the muzzle of the mother, the babies ask for regurgitated food.

As far as the social explanation is concerned, we have to talk about pheromones once again. These particular chemicals are released by each of us and serve to stimulate communication between one individual and another. For example, females communicate their sexual availability to males through pheromones. Normally these molecules are received through the sense of smell, but in some cases, dogs can try to lick us to feel them more distinctly.

Another type of licking is the hierarchical one. In nature, in fact, hierarchically inferior dogs tend to lick the dominant to recognize his supremacy.

What does it mean when the dog licks us?

As we have seen before, the "normal" situations that push dogs to lick can be different. Here are a few reasons why dogs tend to lick their owners.

What if the dog licks himself?

In these cases, we talk about various situations.

A dog that licks its muzzle repeatedly, perhaps in front of us or another dog (sometimes even looking away) is implementing one of the most classic "calming signals". It's a coded message, which really means "I don't want to do anything to you, leave me alone".

In addition, the dog can also trigger a behavioural response when he tends to obsessively lick the owner, himself and even object such as floors and windows. In these cases, we might have come across a compulsive disorder, which will require the help of a behavioural veterinarian. The reasons could be many, the most common reasons are boredom or repeated stressful stimulus, determined by a negative situations at home, a health problem or a new event in the house.

If the dog licks himself too often, talk to your vet immediately, who can help you understand the reasons and suggest an appropriate solution, before the situation gets worse.