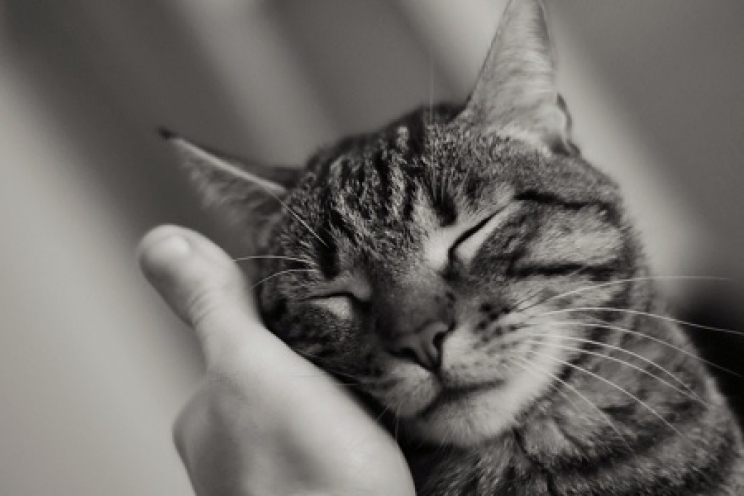 Why do cats purr?

Purring is one of the most special characteristics of our cats. What is its meaning? Let's find out together.

How is purring produced?

Purring is very often produced not only by the cat, but also by many other felines, such as the lynx or the cheetah. What we hear from the outside is the typical "ron ron" that owners like so much, because it always symbolized the affection of the cat.

In reality, the sound we can perceive when the cat purrs is the result of a series of events that occur within its body. Over the years, many hypotheses have been advanced to explain the functioning of the purr, but at the moment the most accredited are only two.

The first is that the purring would correspond to vibrations produced by the blood flowing in the large veins that carry the blood to the heart.

The second, on the other hand, states that the purring would be generated by the repetition of some events involving the diaphragm and the vocal cords. When the cat breathes, the air is emitted at great speed through the vocal cords, causing them to vibrate, with a series of alternating movements.

Until a few years ago, it was believed that cats had another pair of vocal cords, although this theory has not been properly demonstrated yet.

Why do cats purr?

Some owners will be disappointed with the explanations that we will see now.

Contrary to popular belief, in fact, cats would not purr to communicate affection and esteem to their "human", but for a long series of completely different reasons;

In the light of this new information, some of us will continue to confirm without a doubt that our cats purrs simply because he loves us. Regardless of the conclusions, we can't help but appreciate the wonderful characteristics that make cats so special.