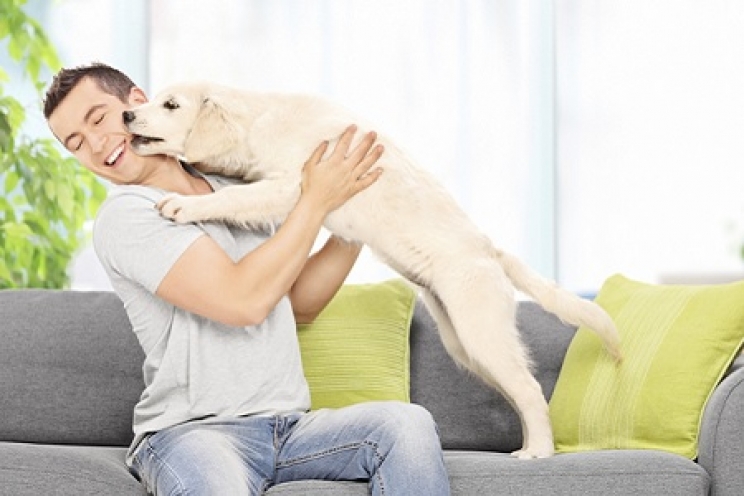 How to teach your dog not to jump on you

Raise your hand if you do not appreciate your dog's manifestations of enthusiasm when returning home, perhaps after a day of work. Nobody or maybe just someone, probably. Dogs are so loved by owners because they tend to express their happiness in the best and most active way possible. However, the demonstrations are not always limited to energetic wagging and broad smiles. In fact, most dogs inevitably jump on the owner or other people to say hello or to communicate a message.

While this attitude gratifies the owner on the one hand, it can also be annoying on the other.

In the case of large or giant sized dogs, most people tend to fall down. Of course, a small loss of balance does not cause any noticeable damage, but if we think of children or elderly people, this aspect is very important.

Why does the dog jump on people

There are those who say that the dog jumps on people for reasons of dominance. In reality, there are many theories about this, but the dog philosophy of thought is becoming more and more popular, according to which dominance is not actually sufficient to explain most of the behaviours of our animals, as it did until a few years ago. 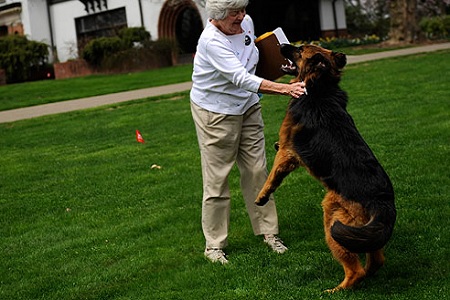 So why does the dog jump on people? The reason may be different depending on the situation.

If the dog jumps on us as soon as we open the front door, he is probably just happy to see us.

At the same time, if he huddles on us during the walk, he may be intimidated or frightened by a stimulus that may not be relevant to us.

In essence, however, one thing is certain: the dog jumps on us because he likes to do it, and animals do what causes them pleasure.

Let's explain this statement with a question. How do we react when the dog jumps on us? Do we caress it, talk to him softly or enthusiastically, raise our voices to intimidate him...? Well, as strange as it may seem, each of these reactions represent a reinforcement for the dogs attitude, the dog will understand that by jumping on its owner it will obtain what he is looking for, attention. He will therefore continue to do it more and more often to receive it.

For a dog that felt alone in our absence, it does not matter whether this attention comes from a caress or some shouting. The important thing is that we dedicate a sound or a gesture to him.

Exuberant and playful dogs, inevitably translate a slight push into an invitation to play.

Not everyone might know about this but dogs often greet one another by licking each other's noses. The dog, which is only in a few cases taller than the owners, will then try to touch our face by lifting up on its hind legs or jumping on us. 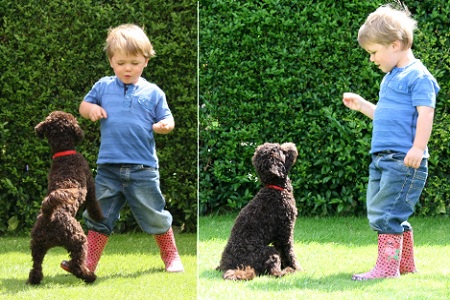 The best solution is definitely to ignore it. Even our gaze could be interpreted as a manifestation of affection or attention. Therefore, every time we enter the house, we avoid talking to him, caressing him and even looking at him. We keep doing our daily duties, ignoring his persistent jumping attempts.

Usually, after a few seconds, the dog should feel quite confused by our behaviour. When he finally stops jumping so energetically, we are allowed to praise him by giving him a small snack.

If he starts jumping again, ignore him again until he calms down. We then reward him again with a snack or a treat when he stops again.

For the first few times, it will be enough to wait for the dog to stop jumping, but in subsequent attempts, it may require more effort, that is to sit down. Then click when the dog has sat down and give him a treat.

Cousins, uncles and friends will certainly recommend foolproof methods, such as stepping on his paws every time he jumps or tripping him. Let's leave these methods to past eras, and stick to the more modern and above all more effective ones.