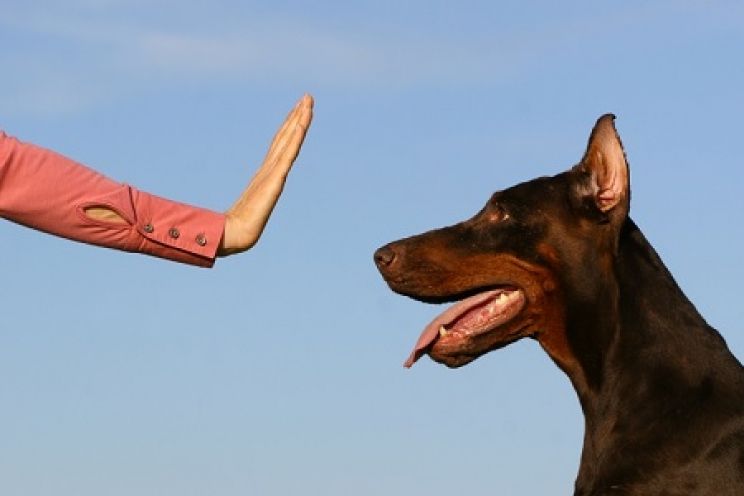 How to teach the "stay" command to your dog

The "stay" command is very useful for the owner, but also for the dog. That's why it should be one of the first commands your pet comprehends. Let's see how teach them in a simple and effective way.

The stay command can be fundamental in many situation. Think, for example, of a dog that tends to shoot as soon as it sees a cat. We should absolutely avoid the dog to hurt himself or other animals surrounding him. Therefore, the command "stay" is particularly useful in these cases. If we were to be outdoors, without a leash and a car approaching at a high speed it is essential to keep our dog still to avoid tragic consequences.

To begin with, we need to equip ourselves with the usual necessities, which can range from snacks to the clicker method. Both will be perfectly valid. The command "stay" necessarily requires the dog's previous acquisition of the command "sit" or "down", which, as we have said many times, represents an excellent starting point for communicating with the dog in order to have his full attention when we are about to talk to him