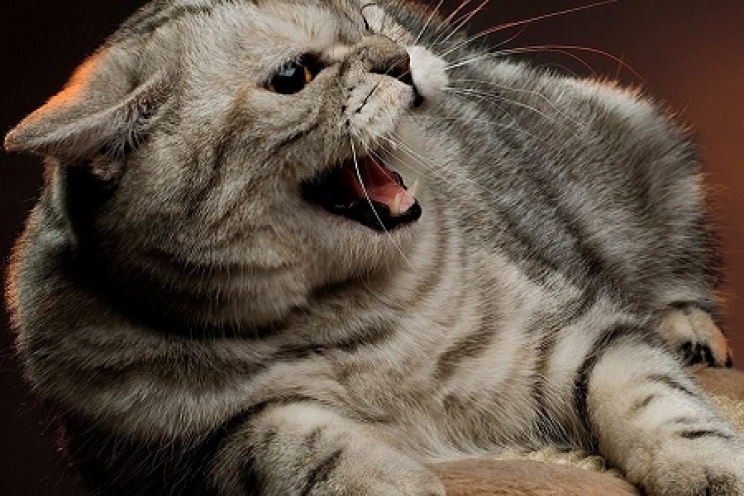 Aggressiveness in cats is very common. However, we might come across an untamable animal, which will attack both us, and animals surrounding it. Therefore, what is the reason to this behavior? What can we do to solve this problem?

Why does our cat attack?

Cats are known to be predators and territorial animals. This means that, Mother Nature gave them this impulse to act aggressively when someone invades their privacy or personal space. 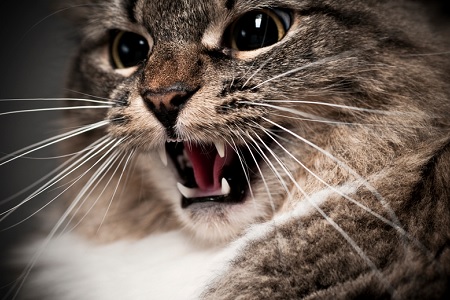 Dogs, on the other hand, only show their perfect teeth to the enemy. Cats are able to use both their teeth and their sharp claws to attack.

Animals do not usually appeal to aggressive manners just because they want to, they will become aggressive only in certain uncomfortable circumstances for them such as threats or fear. Aggressiveness will be anticipated by other behaviors your animals will have towards other people and other animals.

Generally, the aggression has three different phases: threat, the real physical aggression and the end of the fight.

The threat phase is the phase where the animal will try to install fear in the enemy to show they are in control. The cat might puff, growl, flap its tail, arch their back and lower on their legs. By doing this, the cat is warning the other animal to back off immediately before the situation becomes violent.

The aggression is usually sustained by some scratches and bites, which might seem insignificant for their dimensions but can really cause some great damage and pain. Usually, scratches with finger nails are usually pointed towards the eyes of the enemy. This is one of the reason why cats tend to always win fights with dogs.

The end of the fight is marked by the surrender of one of the two opponents. They just run away.

An aggressive cat usually has some reason. These might be one of them:

Some people think that by punishing or blaming the animal, it will stop immediately. However, it is useless to do so.

Aggression is in fact correlated to emotions such as fear, anxiety, stress or frustration. Shouting or waving your hands aggressively in front of them will increase these emotions and will provoke the opposite effect.

It is best to act passive and not react immediately to a bite or a scratch from a pet to further understand the causes of such behavior.

If we think about it, maybe we have been the main cause that lead them to attack us. By going close to them or forcing them to come close to us which might frighten the cat.

Too often owners ask their animals for excessive effort to tolerate certain situations. A dog that cannot stand coats and walking bags will react with a huge sense of frustration, which can sometimes lead to aggression. In the same way, a cat will hardly let himself be "humanized" with hats and rompers, however nice they may seem to the owner.

If after all of these things, we receive a bite or a scratch we can’t blame our pet that much!

An excellent advice can certainly be to prevent aggression by observing the cat's verbal and physical language. When a feline puffs, growls, arches its back, puffs its fur and flaps its tail, it is clearly telling us not to get close.

So, let us listen to what our cat has to tell us, without saying that he had not warned us.