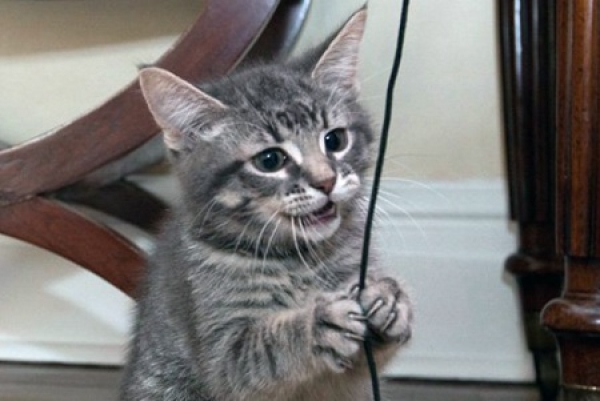 What should I do if my animal ingests an object?

Dogs and cats love to play with all the objects they can find at home, especially when they are small. Unfortunately, it can happen that the animal can ingest one of these toys and have some serious consequences. In this article, we will understand what dangers they face and what to do if the animal has ingested an object.

Why do animals eat objects?

Puppies and kittens up to 6 months of age do not have complete teeth. In fact, within the first two months, the milk teeth begin to erupt, which will be progressively replaced no earlier than 6 months.

When new teeth start to show up, animal can feel some discomfort in the gums, so they tend to chew on anything they find available. It is at this age, in fact, that puppies and kittens tend to gnaw and damage furniture in the house.

Animals can ingest objects by pure instinct. While playing, they can shatter and tear their toys, ingesting parts of them.

The ingestion of objects, however, can also occur due to the presence of behavioral disorders. The uncontrollable urge to ingest different types of inedible objects, is one of the obsessive-compulsive disorders. It occurs when you are too stressed, anxious or traumatized, so you divert your attention from your negative emotions towards a fixed action, which in this case is precisely the ingestion of objects.

What are the risks

The animal that ingests a foreign body, regardless of the type of material or size, is always exposed to risks. Of course, there are some particularly dangerous objects, such as larger and more pointed ones.

The consequences of the ingestion of objects by animals include:

For this reason, it is very important to be able to understand what to do when we come across this event.

The most dangerous objects

Among the most dangerous objects that our animals can ingest we find above all:

Cats are most attracted to anything a rat's tail can resemble. In addition, these are among the most harmful objects, because they can get entangled in the tongue and along the entire digestive tract, also increasing the risk of suffocation.

What should I do?

Avoid offering your pet potentially dangerous toys that are very small or have several detachable parts. Your children's soft toys are often not suitable for animals.

Try not to leave some common objects within reach of the animal that can attract them.

In addition, it may also be useful to carry out a regular count of the toys to make sure none are missing from the pile.

If you suspect your dog or cat has ingested an object, monitor it constantly. Check that he does not show any particular symptoms, such as vomiting, fever, fainting and loss of appetite.

Always check the cat litter box. As unhygienic as it may seem, you will have to analyze all dog or cat feces, looking for the ingested object.

If within twelve or twenty-four hours the animal has not yet eliminated the foreign body through its feces, take it immediately to the veterinarian, because it could be stuck in the stomach or intestines.

In these cases, action must be taken as soon as possible, because some situations can really endanger the animal's health and life.