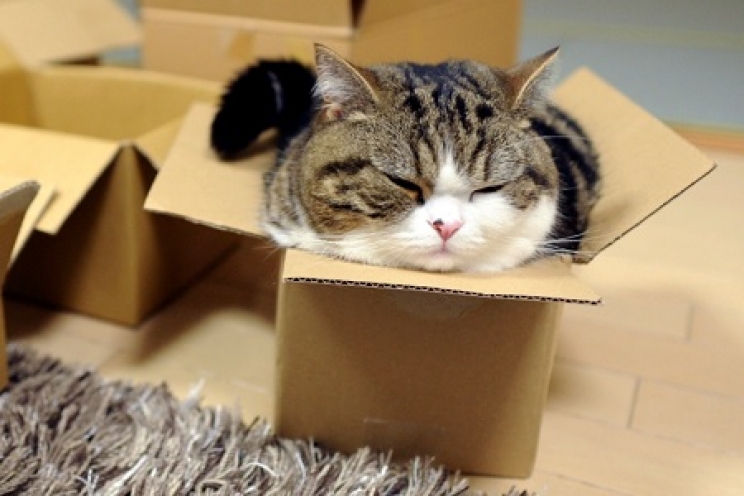 This is why your cat loves boxes so much

All cat owners know this perfectly well - cats love boxes. It doesn't matter what they contain and how big they are. Leave a half-open box near your cat and he will settle comfortably inside. However, what is the reason that drives all felines to love boxes so madly? Finally, we have found some answers.

According to researchers, cats are able to lower their stress levels by hiding in small, tight places, just like boxes. It is not new that felines are very sensitive animals to everything surrounding them. For this reason, a slight variation in the surrounding environment can cause some tension in their body in a very short time

If you notice, most cats tend to hide by the presence of a new event or unknown people. To be able to find your pet you will then need to search around the whole house.

According to the Utrecht university study, cats would feel more at ease and calm in a well-defined and closed space wrapped around their body. 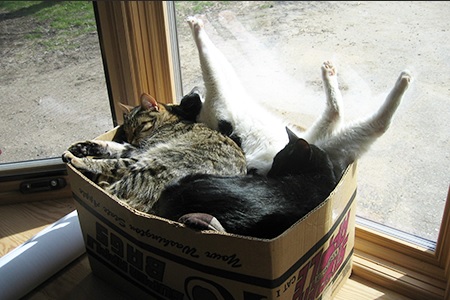 The study was conducted on a group of 19 cats, who had just been moved to a Dutch shelter. The felines were separated into two groups for 14 days, leaving only one of the two groups with several boxes in which to hide. During this period, the stress levels of all animals were assessed.

After only 3-4 days, the hiding-free group showed the highest stress level. The cats of the other group, apparently calmer, at the end of the study had reached approximately the same levels of stress, but much more slowly due to the presence of the boxes.

The explanation for this result could be linked to the typical behavior of felines in nature. Compared to dog, in fact, when faced with the hypothesis of a conflict, cats prefer to flee rather than face the enemy directly. For this reason, a beautiful box is the ideal refuge to hide whilst waiting for the threat to recede.

Furthermore, cardboard, as we all know, is an excellent thermal insulator. This means that the cat chooses to take refuge inside a box just to shelter from the cold, especially in the colder months.

How can we use this interesting discovery to our advantage? For example, if we want to adopt a new cat or we are changing house, we should try to fill a room in our house with several cardboard boxes so your pet will be able to lean there and release stress.