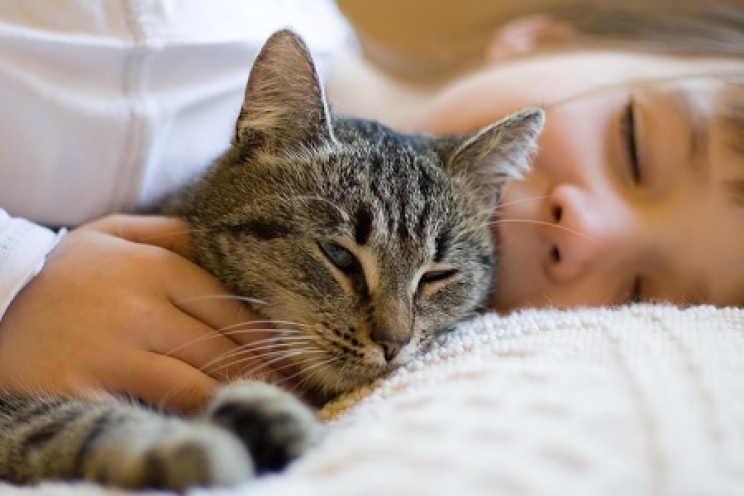 The therapeutic benefits of the cat's purr

After reading this news, many of you will probably run to adopt a cat or try to spend most of your days with your feline, just to see the effects. The cat's purr, in fact, would have the ability to induce numerous beneficial effects on our body. This is demonstrated by Elizabeth von Muggenthaler, expert in animal bioacoustics and president of the Fauna Communication Research Institute.

According to Elizabeth von Muggenthaler, the explanation of this phenomenon should be attributed to the frequency of the sound waves. The human ear is able to perceive sounds between a frequency of 20 and 10,000 Hz. The purr of the cat is placed between 20 and 50 Hz, but in some cases, they can even reach 140 HZ, so we are perfectly able to hear them.

There are many theories regarding the purr of cats, but one of the most certain explanations says that cat are able to self-heal with purring. In particular, the frequency of purring would be very similar to the one that stimulates bone healing in case of fractures. It is no coincidence, in fact, that felines are able to heal very quickly. Certainly not because they really have seven lives.

As some of us may know, felines can purr for a variety of reasons. For example, it may happen that an injured or frightened cat may begin to purr. In this case, it could act to stimulate brain frequencies that induce a state of relaxation to fight against stress.

The explanation would be found in the typical phenomenon of acoustic resonance. As an example, let's think of musicians, who often use the tuning fork to tune their voice or instruments. This small steel instrument, when struck, produces a vibration, with a frequency that corresponds to the musical note, La. If we bring the vibrating tuning fork close to a second "stationary" tuning fork, it will begin to vibrate in a short time as the first one. Sound waves, in the form of vibration, can in fact be transferred from one object to another.

Similarly, if we approach a cat while it purrs, the vibrations perceived by our ear will be transferred to our brain, which will begin to "tune" in to the same frequency.

That's why, according to Elizabeth von Muggenthaler's study, cats could be the source of our healing. The effects of the purr would be aimed mainly at:

At this point, we just have to lie down next to our four-legged friend to check if this theory is true.