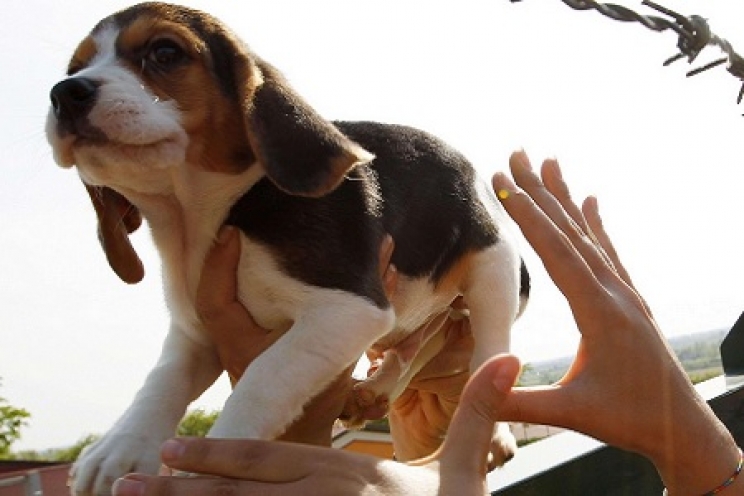 Green Hill: justice for the 6 thousand dead Beagles in the death factory

Two years have passed since the closure of the Green Hill breading centre by the State Forestry Corps, on the main charge of animal abuse.

According to the data collected, in fact, in the Montichiari (Brescia) breading centre, numerous Beagles were used for vivisection purposes, a crime not yet recognized in Italy. However, this aspect had sparked the indignation of the animal rights activists and the investigations by the authorities which linked to the conditions to which these animals were subjected. 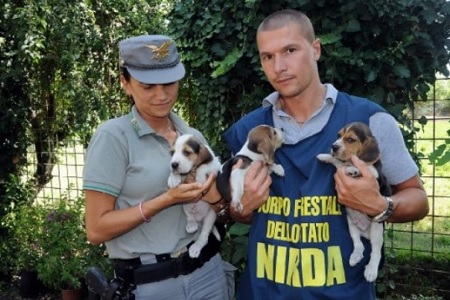 The number of dogs forced to live in conditions incompatible with the fundamental rights for animal welfare were exorbitant. According to official estimates, in fact, over 6 thousand Beagles died inside the structure in just 4 years. The dogs who died following the kidnapping, despite the great commitment of animal rights associations, would instead be 98.

An impressive fact, which has certainly not escaped public opinion and legal authorities.

According to what was reported by the prosecutor Ambrogio Cassiani, the accusation would not be pharmacological experimentation through vivisection, but the ways in which the animals were raised.

Sick dogs were offered no treatment to save due to the cost of antibiotics. They were simply ignored or suppressed without any second thoughts.

The battle of animal rights activists had given rise to suspicions on Green Hill with the 2012 blitz inside the farm, during which numerous cages were opened without any authorization to free the animals.

In these two years, many other demonstrations and protests have focused precisely on the fate of the leaders of the lager-breeding centre. The reports have been heard and welcomed by the authorities reaching the final sentence in the last few day.

The manager Ghislane Rondot, together with the veterinarian Renzo Graziosi, were sentenced to one year and six months on the charges of animalicide. A year was sentenced for the director Roberto Bravi, while the co-manager Bernard Gotti was acquitted for not having committed these terrible acts. 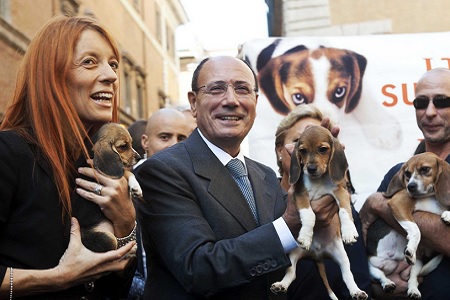 Above all, the Anti-Vivisection League benefited from this ruling, in favour of which a compensation of 30 thousand euros was ordered for the commitment in the care and adoption of the kidnapped Beagles.

This is how the former minister Michela Brambilla, who immediately commented for the defence of animals responds: "The Brescia sentence is a great victory, a milestone of extraordinary importance. It recognizes the existence of the crimes and therefore the principle according to which, even in the context of maximum economic exploitation and for purportedly scientific purposes, animals must be respected and protected, as required by law".

However, there was no shortage of protests by the defence lawyers of the accused, Luigi Frattini and Enzo Bosio, who declared that "there have been no violations and if some rules were not respected, only an administrative sanction would be triggered". In addition, they noted that the kidnapping decision left 50 employees in the farm unemployed.

In any case, the news represents an important victory, which could represent the first step to obtain greater recognition of animal rights.

However, the associations continue to fight with great strength to abolish the practice of vivisection.