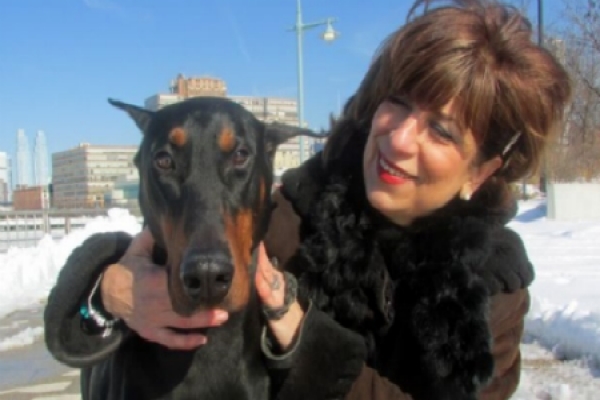 Dogs are the man's closest friends. Proof of this is the fact that they have really great levels of attachment to us humans.

The dog elects its owner as leader of the pack, so he becomes its point of reference, its company and, in a way, its best friend. The relationship is in fact mutual and the affection that we humans give to the dog is rewarded with a great devotion and an attachment that goes beyond the boundaries of the natural.

Let's analyze, for example, dogs know perfectly the habits of their owners and recognize their step, the noise of the car or the scooter approaching. An interesting research recently monitored the behaviour of dogs when the owner is at work. At the exact moment when the owner looks at his watch and gets up to go home, the dog senses this change and begins to fidget, wagging his tail and preparing to welcome him at the door of the house.

This event takes place even if the distance between dog and owner covers a radius of several kilometres, so we can really be amazed by their peculiar behaviour.

Dogs are sensitive to the habits and health of the owner. Recently, science is dealing with their propensity to discover serious pathologies in the body of the owners, such as tumours.

Dogs have a special sense of smell, which allows them to 'break' odour molecules into many small sections and to isolate smells that are abnormal and considered dangerous. It is no coincidence that many dogs employed by the police are used to find traces of blood and body fragments for the recovery of missing persons.

The changes in the health of the owners are immediately perceived by the dogs, who point it out by licking certain areas of the body or by insisting on rubbing the muzzle in a particular section. It is therefore possible that their sense of smell allows them to discover tumour pathologies even before symptoms appear and before modern diagnostic systems can reveal their existence.

In this regard, we want to tell you a couple of news cases, which may be emblematic of this special power that dogs have. Allison Powel, a 47-year-old woman, had been noticing the dog's special attention to her left breast for several months. In fact, his Labrador continually rubbed his face on that specific area of ​​the body.

Allison was able to understand the message her dog was giving her and promptly went for a specialist examination, which revealed early stage breast cancer. In this case, the message was fortunately received promptly by the owner, who was able to intervene quickly and save her life. During hospitalization, the Labrador felt sad and distressed, recovering energy as his owner was recovering as well. It is a very strong empathy, which involves two apparently different beings, but capable of understanding each other's sensations. Now Allison has returned home and every morning her dog sniffs her from top to bottom, perhaps to get a thorough check-up and make sure everything is okay.

The thing has happened to many women all over the world, such as the case of Claire Guest, who discovered early breast cancer. As well as a 57-year-old lady living in New York, who was able to intervene quickly thanks to the discovery of a tumour by his Doberman Troy. Striking cases, which reveal a special sense of smell of dogs.

According to specific studies, animals are able to understand the presence of tumours because the diseased cells produce substances that have a different smell. It appears that dogs can detect the presence of prostate tumours. The training of dogs to detect cancer cells in patients' urine is underway.

What can I say; dogs are really a man's best friend. If their great strength can be used to save human lives, that would be an awesome advance for the scientific department. Prevention has always been the best cure to fight disease.