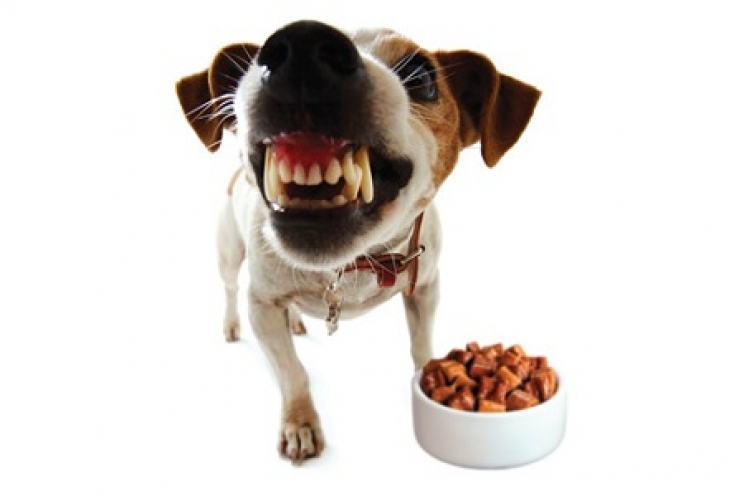 Resource guarding: what happens when your dog growls when you touch its food or objects

How many of us would like one of our relatives, or even worse, a stranger to come into our home to peek in drawers, move things, lie on our bed and rummage through our kitchen? By asking ourselves this question, we will be able to understand what our dogs feel when we try to invade their space without permission. This behaviour is called "resource guarding" and the most classic example is the dog growling when we approach its bowl, toys or kennel. Here's why he does it and how to change this attitude, which can become very dangerous, especially if there are children or other animals in the house.

What is resource guarding

First of all, we need to clarify a concept: the defence of one's territory is an absolutely normal event for all of us. For this reason, it is easy to understand that the same thing happens to our dogs. Their private spaces are above all the kennel, the bowls, their favourite cot, their toys and even an old sock that may be very important for them, so it’s a normal behaviour if they want to keep them all for themselves. 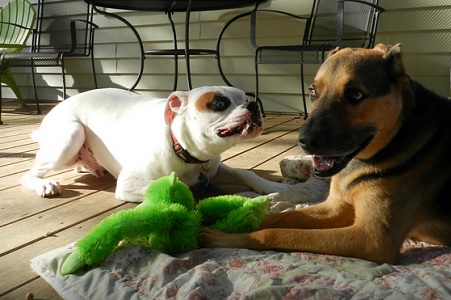 Let's think, for example, of dogs that live outside and what would happen normally in nature if we weren’t there. If anyone stole their things, all the effort made to find food, accumulate it and store it, would be wasted. But above all, they would risk starving. Not surprisingly, one of the most frequent reasons for contention are bones, which they consider extremely precious.

The problem arises when the protection of one's spaces and objects becomes a real form of aggression, for which the dog begins to growl at us or other animals to tell us not to get too close.

Growling is always a form of threat, unless the dog is simply playing or torturing a poor stuffed animal by flapping it here and there with unfriendly sounds. That is not real resource guarding, but simply a dog that is playing around with its toys.

Instead, resource guarding is a form of aggression as a defence of personal spaces. We can notice some strange behaviours if we get close to its stuff:

In these cases, we must distinguish between a low intensity growl: the mouth closed, with the upper lip slightly raised, from the real growl: with bared teeth and open mouth, with a stronger and more threatening sound. In the first case, the dog is warning us not to go further. The second growl, on the other hand, is much more dangerous, because from there on or a few seconds after that, the dog could really attack us to protect its belongings.

Let's say that growling is not always a negative factor, quite the contrary. It would be considered as such if the dog attacked us directly without even warning us first, to give us time to stop doing what is bothering him. In this case, we should consider the hypothesis that our dog has a strong behavioural problem.

However, it remains a fact that a problem of this type is absolutely not acceptable, because in our home we should be free to move as we prefer, without being afraid of our dog. Furthermore, all puppies should be taught not to defend their own bowl from the owner, because the day may come when we may need to steal food or objects that he cannot ingest or that are dangerous. Not to mention the dogs that "steal" the owner's personal items, such as shoes, socks and brushes, literally defending them with their teeth.

This is absolutely not acceptable, from an educational point of view, but above all as regards our safety and that of those who approach our dog.

How to teach your dog not to growl

First, if you just got a puppy or if you want to prevent a resource guarding problem, we need to practice the trading or bartering technique.

While the dog is intent on nibbling on his favourite soft toy, let's approach him with a treat or another truly irresistible object. As soon as he leaves the soft toy, we give him his prize, taking away the old defence object with the other hand. If he hasn't shown any signs of aggression, we can give him the soft toy back, letting him play quietly.

If, on the other hand, the dog has already shown strong signs of resource guarding, we will have to take other measures, which require a certain amount of courage. Here is what should be done:

An important aspect is that if the dog growls at us, it is probably because it perceives being deprived of its food or object as a negative fact. Therefore, we will have to make him understand that we do not want to simply steal it, but rather we are about to give him an even more captivating reward.

If the problem occurs only with bowls, we can instead react like this:

All these exercises will help to make the dog understand that, every time you approach him while he eats or plays, you will only offer him something even more interesting. With a little training, he will stop seeing you as a threat to his territory, letting you touch his things.

Of course, remember that there is a clear limit between the owner who needs to teach the dog not to growl in front of the bowl or objects, and the owner who simply wants to disturb his pet while he is having fun. But above all, we should avoid that children or other animals torturing our dog when it is quiet, so as not to intensify a problem of resource guarding.